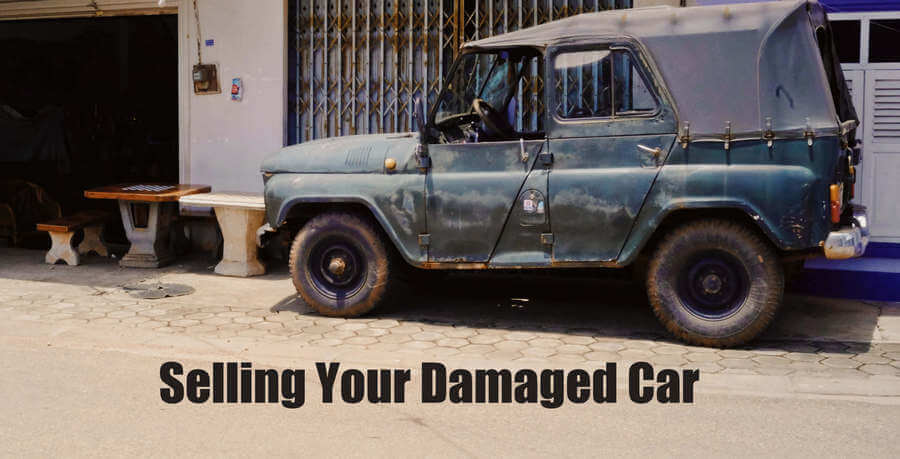 Did you know that by not selling your damaged car you’re LOSING money? Sure, you may feel that pinch of annoyance at the sight of an old rust bucket with foliage sprouting from every conceivable angle sitting on your drive, but it’s not costing anything, right?

You’d be surprised by just how many car owners mistakenly believe that leaving a stationary old junker on their drive doesn’t cost them anything. The reality couldn’t be further from the truth. Even if your car is still chugging alone, desperately trying to avoid the scrap heap, you’re losing money in the long run. And here’s why.

The moment you first take the wheel of your new car, it begins to depreciate. This is all part of car ownership. New cars will depreciate an average of 25% in the first year of ownership. *

However, depreciation percentages come into stark focus when buying and owning a second-hand car. According to the Car Depreciation Calculator, if the car was originally bought for $15,000 being a year old, the average annual value lost is a startling $8,373.06. Over a ten-year period, you can expect to lose $12,248.84, or 81.66% of the car’s initial value. That’s not taking account any damage your car has incurred over its lifetime. *

Basically, any opportunity you don’t take to sell your damaged car, time itself is contributing to you losing money.

For a car to be street legal in the USA it must meet a specified criterion. This means that the vehicle is equipped and licensed for use on public roads. All vehicles must have the required amount of lighting, signals and safety equipment to pass as street legal.

In the USA, states have the authority to decide whether a vehicle is street legal with statues and regulations, however most requirements are largely consistent between different states, with one notable exception. In California, emission control is far stricter than other US states.

Cars with significant structural damage, faulty head or tail lights or those without bumpers are not technically street legal. These faults can endanger, not only your life but, the lives of your fellow motorists. Significant or catastrophic damage is a clear indicator that you need to sell a broken car to avoid falling foul of street laws. This can result in fines – and that’s the best-case scenario!

It’s not uncommon for the family jalopy is remain stationary on your driveway for years at a time. In some cases, families save an old car for their son or daughter for when they get their learners permit – provided that the vehicle is still street legal, of course.

However, as honourable as the intention may be, this is not always the best idea. Before deciding to pass your old car to your son or daughter is always worth considering if it wouldn’t be a better idea to sell your damaged car.

Any car which isn’t taken out for a spin every so often, is at risk of developing further faults. Not only can the engine become strained if the vehicle is left unattended to for prolonged periods, but the battery becomes depleted and the gas tank can corrode.

In addition, if you let the car stay rooted to a single spot for months at a time, the tyres will deflate. This causes stress on the rims of the wheels – something that is costly to put right.

So, failing to sell a broken car can seem like it won’t cause you any future financial – or safety headaches, but the reality is that it will! If you’re looking for a quick and straightforward way to get the old junker off your drive, why not contact Sell The Car USA TODAY!